How to Rejuvenate Dry Flower | Ep. 01

In their first Cultivate episode, Drew and Scott address:

Plus you’ll delve into medicinal marijuana with Melissa Rolston, host of The Cannabis Report on The Todd Shapiro Show (SiriusXM Channel 168).

Cultivator’s first guest, Melissa Rolston, met Drew and Scott at the 2017 Lift Cannabis Expo in Toronto, Ontario. Melissa gained prominence after she was a featured in the Forbes article Cultivating Women Leaders In A Growing Field: A Conversation With A Cannabis Social Entrepreneur by Shavon Lindley. Turns out Melissa is a huge proponent of Boveda.

Come along with Drew and Scott 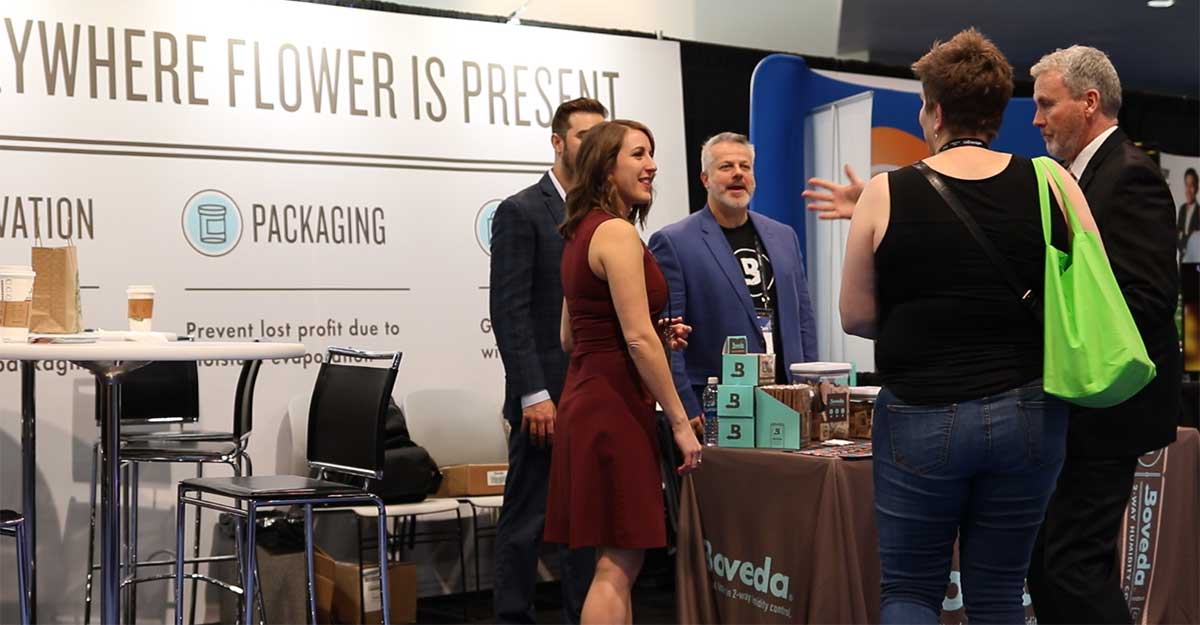 Scott and Drew take Boveda on the road to more than 35 cannabis trade shows a year.  In 2017, they’ve been everywhere, man, from New West and CWCB Expo to Imperious and CannaCon. At each show, Drew and Scott search out future Cultivate guests (like Melissa). And educate cannabis lovers and producers about why Boveda is a necessary player in the medical marijuana industry.

But not everyone is a Boveda believer right away.

“A guy at a Vancouver show just wasn’t convinced,” Drew admitted. “So we said, try Boveda. Just try it.”

The naysayer returned the very next day a changed man with changed cannabis. That’s the beauty of Boveda. Within hours (sometimes minutes) Boveda can rejuvenate buds by restoring the color, flavor, aroma and sponginess. Got some dried out MJ of your own? Just drop in a 4 gram Boveda in up to ½ oz. of flower and prepare to be amazed.

“Dude, you are so right. My flower is way better.”

-Boveda convert (Can we get an amen?)

Drew explained nearly everyone’s weed is dry—especially if you live in Las Vegas, central California, Scottsdale or other parched climes. That arid air just sucks the moisture right out of cannabis. “You’ll get a harsh smoke that burns your throat,” Scott added.

How to keep your cannabis sweet smoking

Store your flower with Boveda, which reacts to and controls the environment that it’s in—whether you live in the high desert or high humidity. Boveda releases pure water vapor to bring marijuana up to a precise relative humidity (RH) level then locks it in by adding or absorbing moisture. For cannabis, Boveda comes in two RH levels—58% RH and 62% RH. Just toss in Boveda and it does all the work. 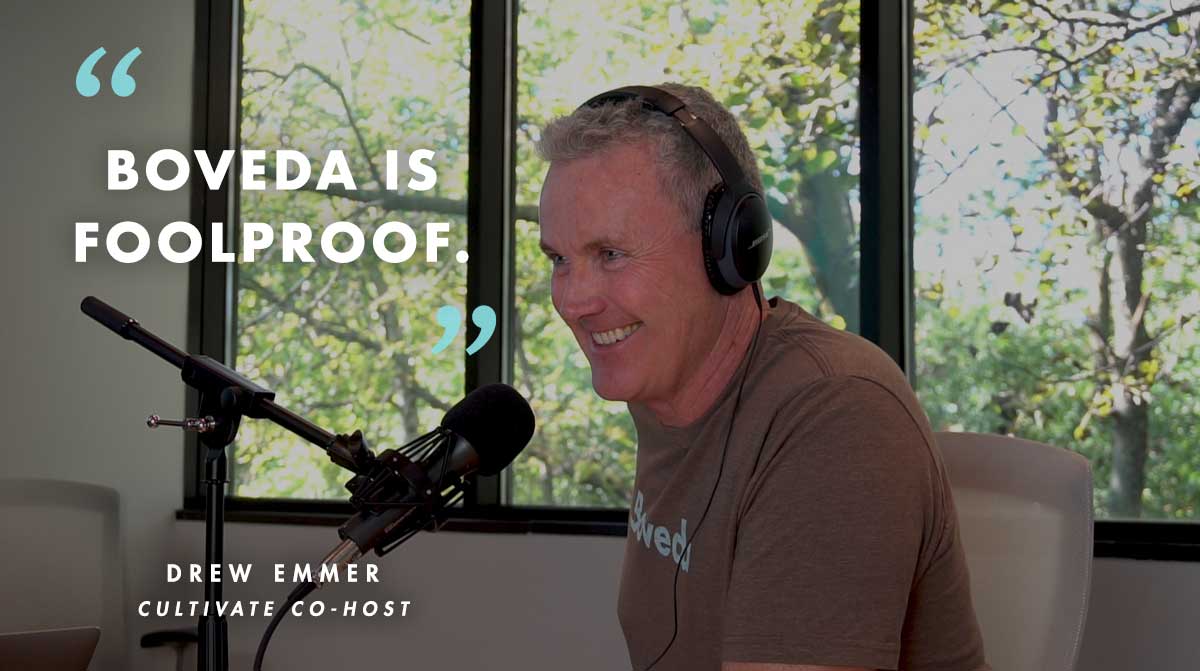 Will dry cannabis hurt you?

No, but dry cannabis won’t help you much either. The flower loses its potency when it isn’t properly humidified with Boveda. When your trichomes disintegrate, so do your healing and heady benefits. Trichomes are the spikey hairs on your flower that contain THC (tetrahydrocannabinol), CBD (cannabidiol) and other active medicinal cannabinoids. Preserving trichomes also preserves terpenes, the oils that give cannabis its favored taste and smell.

For medical marijuana patients, storing flower with Boveda protects the medicine’s effectiveness Melissa said. A medical cannabis patient herself, she advises other patients about appropriate storage, strains and dosages. She’s a liaison between the patient and the physician, who may be new to prescribing cannabis.

Cannabis
How to Brand a Cannabis Company | Ep. 14