Sometimes a cigar is a lifesaver that only you can give

It’s been one of those “you just can’t make this **** up” days. But instead of fighting with your teen, battling a boss or weaving through construction, you’ve just survived a mortar blast.

Can you understand why settling back with a cigar takes on even more importance for the servicemen and women in combat? A long pull on a really good cigar provides a bit of calm amid a chaotic war zone. It’s bonding time. Stress relief. Throw back to home. 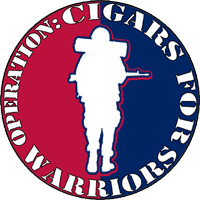 Premium cigars are the second most requested item by members of our armed forces, according to the nonprofit organization Operation: Cigars for Warriors or OP: CFW, for short. Coffee is number one. (Guess you need a good ol’ jolt of java before relaxing with a smoke.) But OP: CFW leaves caffeine to other charitable groups. Founded in 2012, OP: CFW is the only organization that specializes in sending premium cigars to all branches of the military in combat zones or long term deployments, such as Iraq and Afghanistan.

“We have sent cigars to warships as well. One shipment went to a Navy ship in North Korea,” Jamie Lemon, OP: CFW’s Public Relations/Marketing Director said. Because of the number of requests, OP: CFW’s prefers to ship one care package per troop.

Annually, OP: CFW serves about 25,000 service people. Since its inception, the cigar charity has shipped more than 750,000 cigars. Where do the donations come from? Cigar aficionados, cigar makers and cigar retailers. DONATE NOW

Boveda goes to combat to defend against the enemy of cigars

Boveda was OP: CFW’s first sponsor and is always there to protect OP: CFW shipments as they make their way all over the world. No matter how combative the environment, Boveda’s 2-way humidity control adds and absorbs moisture to lock in a precise 69% RH that’s perfect for cigars. (If Boveda can safeguard cigars in the arid desert or the humid high seas­, your home humidor is safe and sound.)

“OP: CFW reached out to us about five years ago to see if they could buy Boveda at a discount. Boveda was critical to get their cigar shipments across the globe in perfect condition, but the cost was getting too high as OP: CFW’s cigar donations were increasing,” Charlie Rutherford, Boveda’s Business Development Director, said.

“Once we learned about OP: CFW’s mission, we GAVE them as much free Boveda as they needed instead of just giving them a discount. An organization that supports soldiers who go to work every day defending the freedom and liberty of the U.S. is not going to pay for Boveda when a cigar at the end of the day might be the closest connection they have to normalcy.”

Warriors wait for orders because of FDA ruling

Previously, more than 30 cigar makers have been on board to donate cigars, including Rocky Patel, Moscato and Oliva. Since August 2016, U.S. Food and Drug Administration regulations now prohibit the cigar industry from the decades-long tradition of donating cigars to troops.

“The FDA ban on manufacturers cut our supply roughly 80%,” Robert Allan, OP: CFW Director of Operations said. But the ban hasn’t decreased the demand, according to Allan. “There are times our military has waited months for a shipment. Right now we are at an eight week shipping delay or longer.”

Some U.S. legislators are seeking an exemption for corporate military cigar donations. According to an October 24, 2016, article from the cigar website Halfwheel:

“U.S. Representative Kathy Castor, D-Tampa, introduced a bill that would allow for donations to the troops. It currently has one co-sponsor and seems highly unlikely to pass in the current Congress.

U.S. Rep. Duncan Hunter, R-Calif, who serves on the House Armed Services Committee, has stated he will try to add an amendment to the defense authorization bill — the annual bill that sets the military’s budget — something that will have much better odds than Castor’s standalone bill.”

It’s your time to serve—give now

In the meantime, the FDA ruling does not prevent individuals from donating cigars to the troops. And that’s where Boveda customers like you come in. Boveda is reaching out to every cigar lover out there. Next time you add to your own cigar collection, share a cigar (or box) with a man or woman fighting for our freedom.

In upcoming months, Boveda will share stories from some of the troops you’ve helped. So you can hear how that cigar care package gave a moment of relaxation and spread camaraderie, which in turn protected us all back home. Thank you for your service. 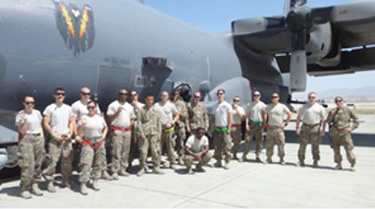 “Thank you for the cigars, OP: Cigars for Warriors have provided! It has brought together our Airmen [and Airwomen] in a fun and joyful atmosphere. We, Aircraft Maintainers, thought it would be great to “light one up” in front of our AC-130U aircraft. …this awesome organization that enabled us to enjoy our cigars. Thank you, Boveda. Once again, thank you OP: Cigars for Warriors team.”