This article originally appeared on the ACS Laboratory website. It is reprinted with their permission.

For a long time, terpenes were missing from cannabis conversations. Nearly everyone focused on THC and CBD as the plant’s primary compounds. However, that slowly shifted after chemist Raphael Mechoulam first defined the Entourage Effect in 1998. His theory proposed that cannabinoids and terpenes synergized in the body to maximize the plant’s therapeutic and physical effects. While Mechoulam’s idea remains a theory, researchers are proving the concept that terpenes mimic cannabinoids—at least in terms of delivering pain relief. Additionally, terpenes magnify cannabis plant benefits without intensifying the psychoactive experience.

Most experts now admit that terpenes are essential to each cannabis strain’s unique therapeutic and fragrance profile. Yet, these aromatic oils are tricky compounds to retain. Terpenes are so volatile that 31% can evaporate from the plant after just one week. This travesty is precisely why it’s critical to store hemp and cannabis flower at low humidity rates between 55-65%.

Several products, like Boveda’s Original Terpene Shield, claim to preserve these precious compounds for max aroma, flavor, and effects. However, according to Save the Terps, not every cannabis preservation product performs as promised. So we [ASC Laboratory] thought this was the perfect opportunity to put Boveda’s Terpene Shield to the test.

Boveda’s Original Terpene Shield mixes salts with water in fiber pad packaging to maintain optimal moisture levels—either 58% or 62%. The company says its technology creates a monolayer of purified water molecules that naturally coats plant trichomes to shield terpenes and cannabinoids until use. When consumers combine Boveda packets with flower inside airtight containers, the company says its patented technology preserves the strain’s aroma, flavor, and effectiveness for at least two months.

We conducted a terpene testing experiment in March to determine if Boveda’s Original Terpene Shield’s performance matched its claims. We gathered hemp samples from a local farm, separated them into different containers (with and without Boveda), and analyzed their terpene levels before and after six weeks of storage.

How the Experiment Worked:

After six weeks, we re-tested the samples for 38 terpenes to determine which storage method preserved the highest amount.

Boveda not only preserved terpenes, it actually boosted them. Compared to the baseline sample, Boveda’s terpenes increased by 108%! How could that be? Boveda’s Director of Research Development, Brian Rice has a theory:

“The bud we used in this experiment was about five days old and only underwent two days of curing before storage. In other words, the sample was incredibly fresh, likely containing residual moisture when it entered the Boveda container. And just like freshly cut flowers dunked in vase water, we believe ripe cannabis flower can continue blooming after harvest under the proper storage conditions. So, Boveda’s humidity-controlled environment may have allowed the Bubba Kush to cure and mature to its full terpene potential. These results are certainly exciting, reinforcing the need to continuously test this plant to determine how humidity control post-harvest maximizes terpene retention.”

At ACS Laboratory, we always go beyond compliance requirements. So, in addition to geeking out on cannabis testing science, we partner with brands, cultivators, processors, and manufacturers to raise awareness about legitimate innovations driving this industry forward. This Boveda challenge was just one small example of our mission in action. We also conducted a biomass drying experiment to determine which commercial method preserved the most terpenes and cannabinoids. In both cases, we were thrilled with the results and excited to share the story. 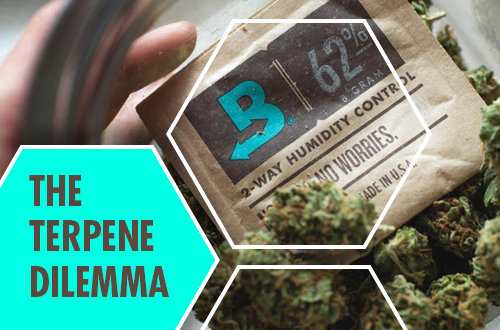 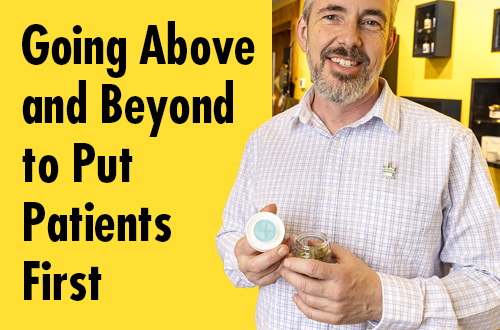 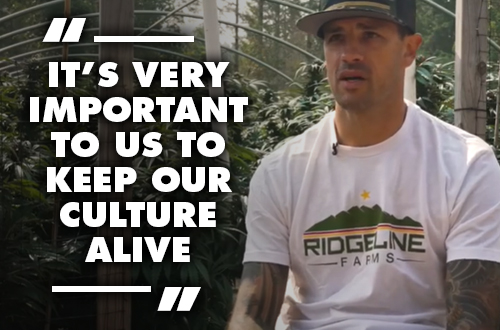 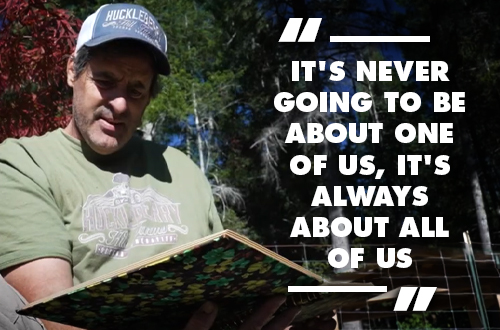