For My Humidor | Enrique Seijas

What’s it like to build a company with your father? It’s smokin’–if your dad’s a Cigar Aficionado Hall of Famer, José A. Seijas. In 2013, José launched Matilde Cigars with sons, Ricardo and Enrique. Come along with youngest son, Enrique on a plant-based stroll through the tobacco rows of the Dominican Republic. Hear about Matilde’s evolution (and Enrique’s, too). Turns out, there’s a lot you can learn from your dad, especially if he’s a cigar legend.

“We prepare what we love and share it with the world,” Enrique Seijas from an interview with Cigar Dojo’s Smoke Night Live. Enrique Seijas heads the marketing and product development for Matilde Cigars.

The maturing of a cigar family

Cigars are in Enrique’s blood. He was born in 1984 in La Romana, Dominican Republic. La Romana is home to three world-famous names in Dominican cigars, Montecristo, H. Upmann, and Romeo y Julieta. Enrique’s father José was the master blender of those biggies. As VP of operations, José also oversaw the manufacturing of up to 55 million cigars a year for Tabacalera de Garcia.

Not a bad guy to have by your side to develop a new brand of premium cigars.

In his younger days, Enrique spent many a vacation learning the ways of tobacco. He primed his knowledge working in the Tabacalera de Garcia factory. (Rolling cigars is better than flippin’ burgers, yes?)

But cigars weren’t just Enrique’s school-break gig. After earning a marketing degree from New York’s Rochester Institute of Technology, he apprenticed at Tabacalera de Garcia, including a stint in sales. He was also marketing director for Las Palmas Cigars Co & Cigar Country Stores.

As Enrique was revving up his career, José was downshifting. José retired in 2012 to trade one type of sticks for another on the golf course. But within a year, the cigar biz drew him back. Only this time, José wanted to do something small very, very well. Alas, the boutique brand, Matilde was born. 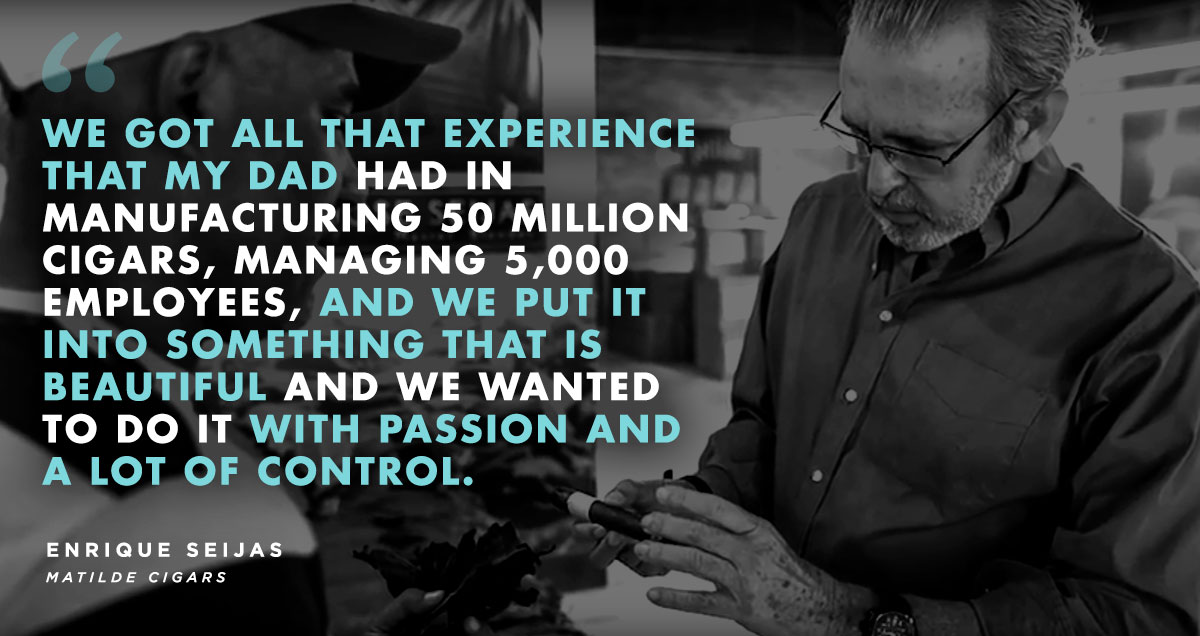 The resurrection of a legendary cigar brand

Why Matilde? José resurrected the name of a Santiago factory dating back to 1876. According to Enrique, this Dominican heritage brand ceased to exist by the early 1900s. So they revived Matilde to pay homage to the Dominican Republic AKA “Cigar Eden” with its ideal soil, idyllic weather and generations skilled in growing, curing and rolling tobacco.

Matilde debuted in 2014 with the aptly named, Matilde Renacer, which means to be reborn. That year, the Matilde Renacer, with its dark Ecuadorian wrapper, was recognized as one of Cigar Aficionado’s Top 25. A sophomore effort, the Matilde Oscura, a dark, Mexican-wrapped oscuro, made Cigar Dojo’s Top 10 list. It placed on that list again in 2016 with the company’s first, fully box-pressed offering, Matilde Quadrata. Next up? The Matilde Serena, a milder cigar with a Connecticut wrapper.

Not bad for the new girl in town.

Father and son deliberately keep Matilde’s production small. A total of 250,000 cigars are created each year. The Seijases plan to annually introduce a new core blend. This measured growth allows Matilde to maintain quality. José himself is the master blender. Enrique described his father as an open book of knowledge.

“I’m working beside him; I’m learning a lot with him.
And at some point I’ll hopefully be as good and as passionate as he is with cigars.”

“We were looking for more flexibility in production and blending,” Enrique explained to the website halfwheel.  “Working with a factory like Tabacalera Palma gives us access to a much larger inventory of varieties of aged tobaccos and a larger team of cigar makers.”

After those cigar makers handcraft Matildes, the cigars are off to the aging room for 90 more days. This final touch ensures a rich and luxurious flavor from start to finish. 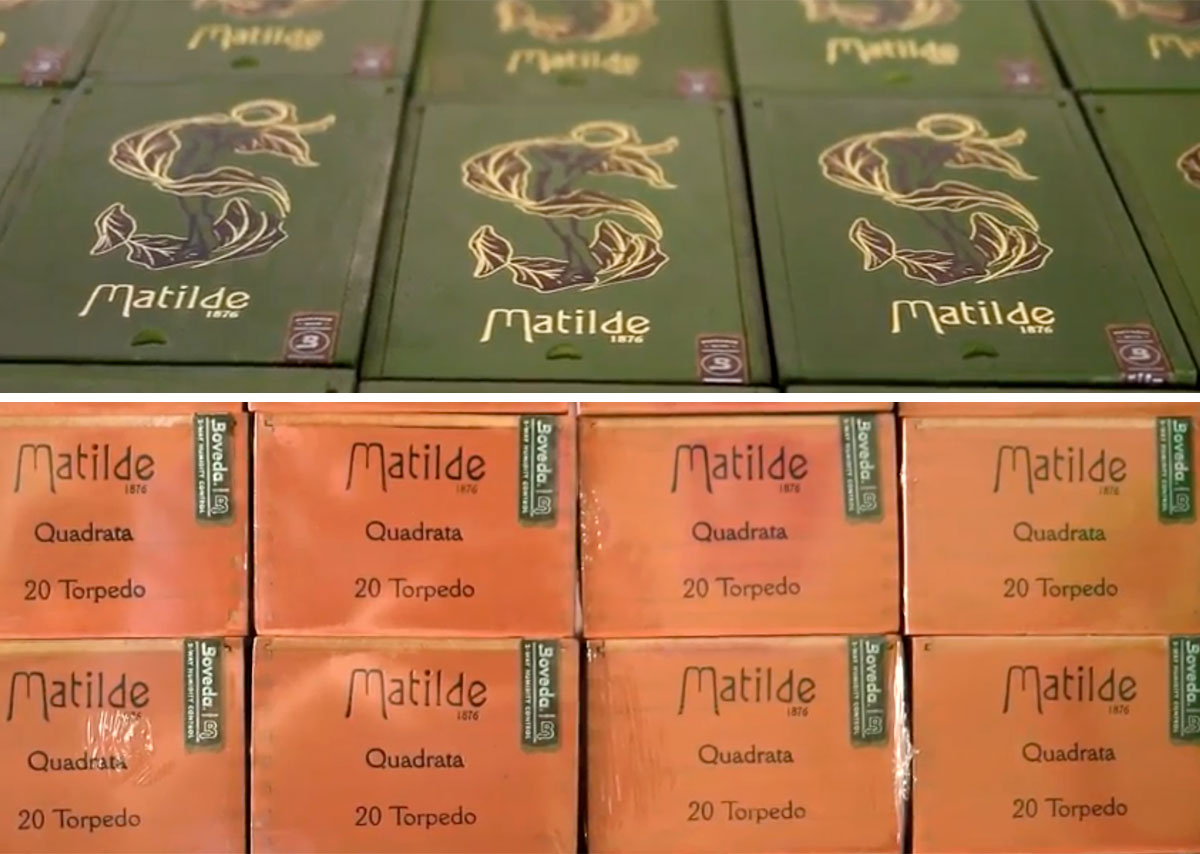 The artful science of precisely controlling humidity with Boveda

Once in their Art Deco-esque boxes—a varied hue for each varied blend—those dear, aged Matildes are protected by Boveda. While inside, Boveda slowly and gently adds and absorbs moisture to precisely lock in a 69% RH. Boveda’s patented two-way humidity control works with natural salts and pure water vapor, so Boveda’s presence does not alter the flavor of the Matildes. 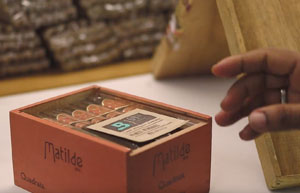 “We started working with Boveda since we started Matilde because we know it is very important to get that cigar to the right humidity to our retailers and to our consumers. Having a 69% humidity Boveda inside will assure that we get those cigars to the consumers ready to smoke at all times,” Enrique said.