There’s something to be said about learning by doing. And Alec Bradley’s Mikey Zahn certainly cut his own path in the cigar industry. But how did a former lumberjack go from rolling cigars in Central America to repping for Alec Bradley? Boveda’s Rob Gagner grabbed a smoke with Mikey to get the full story.

Turning a passion into what you do

Know an 18-year-old freaking out about what to do with his life? (Or are you in a career transition?)

Most people’s professional life—whether it’s in cigars or not—isn’t a ladder. Nowadays, you’ll have flights with a lot of landings. Those landings could be college. Could be trade school. Could be part time. Could be a hobby that turns into a career.

The passion-to-position route is how Mikey Zahn became the Midwest Account Manager for Alec Bradley Cigars. But first, Mikey put himself through Cigar YOU:

YOU sell smokes brick and mortar.
YOU observe tobacco go from seed to seal.
YOU get your hands dirty rolling cigars for a living.

After high school, Mikey wasn’t ready to dive into more school. Instead he became a lumberjack. Yeah, a real lumberjack. For four years, he climbed trees by day, culling and cutting year around, in Wisconsin.

“Being a lumberjack is cool,” Mikey said. “If I could still be in flannel every day, I would.”

So what’s the one thing that could pull a guy away from Buffalo Plaid? Cigars. Mikey branched out and took a part-time gig with a tobacconist. At Lake Country Cigars in Delafield, Wisconsin, Mikey schooled himself in smokes and networked with pros in the cigar industry.

“Lake Country Cigars grew me to where I am now,” Mikey said. 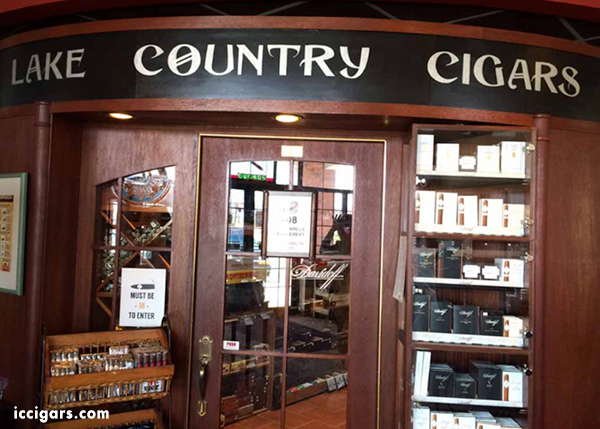 On the weekends, Mikey would work cigar events at the smoke shop alongside sales reps from the top brands. Over conversations, he learned the ins and outs of what a cigar rep does.

What does a cigar rep do?

What are Rob and Mikey smoking?

The Alec Bradley Post Embargo is a blend of tobaccos from Honduras and Nicaragua. This medium-body smoke has enough pepper for the guy who likes a lot of flavor.

And yet its punch isn’t too overwhelming for those new to cigars.

Ditching snow to bunch and roll

What was Mikey’s next goal? Learn how cigars are made from start to finish. Taking a gap (quarter) year, he skipped a Wisconsin winter (Smart man.) to hand roll cigars in Honduras. Well, roll cigars and smoke cigars with the locals. And tag along on cigar tours. And stroll tobacco fields. And smoke more cigars over dinner. Sounds like paradise, eh?

“Most people don’t know how much is put into the product. How much time is put into each cigar, how labor intensive it is and how much love and care goes into each cigar that we smoke,” Mikey said. “The people I worked with in the factory are true masters of what they do.”

Working for the brand

Since 2016, Mikey has been with Alec Bradley Cigars. The Alec Bradley whose Churchill-size Prensado was named Cigar Aficionado’s 2011 Cigar of the Year. Alec Bradley also produces many other premiums, including Fine & Rare, Sanctum, Tempus and Coyol.

How does Mikey get a cigar lover to pop on a new blend?

“I’ll know that body, that profile, that flavor you like. [My suggestion will be] spot on with what you like or something you’ll really enjoy if you give it a shot.”

So next time you’re cigar shopping, try something new. Ask your local tobacconist or a visiting cigar rep for a recommendation.

Score a fresh-roll on a cigar tour?

Don’t smoke a fresh-rolled cigar right away. Give the tobaccos’ flavors at least 8 weeks to marry. (And properly store that maturing stick with Boveda 2-way humidity control.)

“Some mornings I want a Nica Puro Rosado. It’s got a nice floral note to it. It’s aromatic. It’s good smelling. I’ll smoke that with my morning coffee.”

“Today, I thought, ‘You know what I want to smoke for Box Press? A Post Embargo.’ ”

Mikey stuck around with Rob to talk Boveda post-season.

“Hi, I have a question about seasoning. I just used Boveda to season, waited 2 weeks, just opened it, what’s the humidity supposed to read? Is 84 too high humidity after seasoning? Just wondering, love you guys by the way.” – Nathan Sharp, Boveda Facebook page.

Doesn’t matter what your RH is as long as you’ve seasoned your wooden humidor for 14 days with enough Boveda 84% RH. (Enough Boveda = 1 Boveda 60 gram for every 25 cigars your humidor can hold.) Your wood is good. Your humidor just slowly absorbed anywhere from 5-20 grams of Boveda’s pure water vapor.

After you properly season your humidor with Boveda, properly humidify your cigars with Boveda’s 2-way humidity control.