For My Humidor | Litto Gomez

Boveda’s professional relationships with cigar greats give you insider access to them, too.

Litto is renowned for his innovative cigar sizes and shapes. (The Chisel is trademarked.) Equal to his artistry is the homegrown tobacco that’s blended into LFD smokes.

While we were at LFD in Santiago, Dominican Republic, Litto sat down with us under the palms. He opened up about his beginnings, his challenges and his innovations. Learn how hard labor laid the groundwork for this premium beyond-the-boom cigar brand. Pull up an Adirondack next to Litto. Listen and learn.

Know a school looking for a commencement speaker? Give Litto a shout out.

Everything that you learn, at some point in your life, you’re always going to use it.

Authentic is what comes to mind when you spend any time at all with La Flor Dominicana’s Litto Gomez. Join Litto for a smoke on the patio in his cigar paradise and you’ll feel like you’re with a storyteller uncle instead of a biggie in the cigar industry.

Unlike most cigar makers, Litto wasn’t raised with a tobacco birthright. (No trust fund, either.) Just a leap in the dark for a former jewelry store retailer and his wife, Ines Lorenzo-Gomez. A leap into the cigar boom, that is.

In 1994, the Gomez family began making cigars in The Dominican Republic. Two years later, they evolved the brand into La Flor Dominicana. While many start-ups capitalized on the cigar renaissance through quick growth, Team Gomez moved carefully and methodically. They learned, they survived, they thrived.

LFD’s consistency is possible because the Gomez Family personally supervises every stage of production—from farming to manufacturing to distribution.

LFD owns its own tobacco fields at La Canela, in the heart of The Dominican Republic’s tobacco growing region, Valle de Cibao. Litto described the farm as a big blending room—it’s where LFD cigars start. About 70% of the tobacco the brand produces is raised on its own land.

La Flor Dominicana Andalusian Bull was named Cigar Aficionado’s 2016 Cigar of the Year. Litto likened the feeling to being recognized as Bus Boy of the Year at a restaurant when he was younger.

Boveda is the final guarantee that LFD cigars get to you at the proper humidity level. Boxing LFD cigars with Boveda 2-way humidity control is how Litto ensures quality and consistency.

How Boveda takes care of your premium cigars

Make it good or don’t sell it. Litto had to learn the cigar business from scratch. Before he was able to sell a single stick, Litto destroyed more than 40,000 subpar cigars. They were very too inconsistent. “I could not let consumers pay for my mistake,” Litto said.

Build your network. As an outsider, Litto turned to José “Jochy” Blanco of Tabacalera Palma for guidance. When Litto was just starting out, Jochy’s supervisors even worked Saturdays to train Litto’s staff. At cigar industry gatherings, more experienced cigar makers readily touted their craftsmanship while trying to one-up each other. Neophyte Litto listened and absorbed the industry knowledge.

No experience is wasted. From tire maker to cabinet market to premium cigar maker? Litto toiled in a lot different industries before getting into the cigar biz. “I learned something from every job that I worked in,” Litto said.

Stay open to inspiration. LFD’s bowling pin shaped El Jockos are named after cigar retailer Jacko Headblade, who attempted to ride one of Litto’s donkeys on the tobacco farm.

Even when you’re 6′ 7″ and kicking it at a major cigar company, you’re never too big to get a hand from your father—especially if he’s cigar innovator Litto Gomez. In 2009, Tony joined the family cigar biz. As heir apparent, Tony is giving La Flor smokers more of what they want—big, thick flavorful cigars. 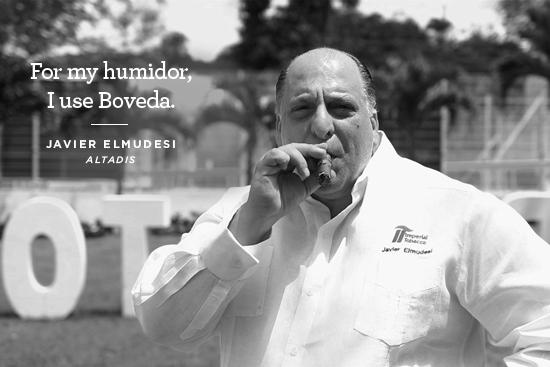 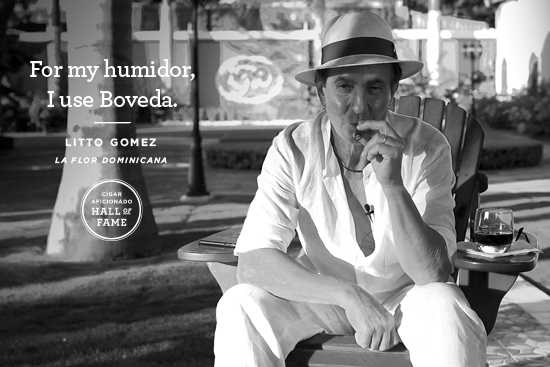 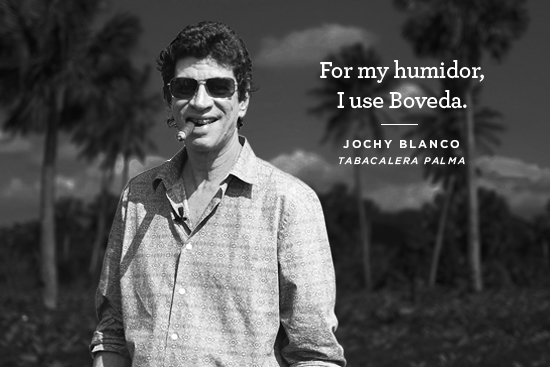 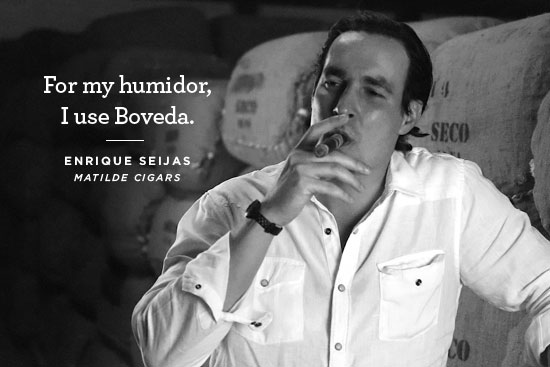